There’s no secret that weather affects how energy is priced. And if it wasn’t clear before, the Polar Vortex in the winter of 2013-14 caused record demand for natural gas and skyrocketed its price, making it very apparent that the weather can throw off the energy market’s plans. Just like meteorologists on television predict how the weather might affect your weekend plans, there are meteorologists off screen who predict how the weather will impact the demand of energy commodities like natural gas and electricity.


Where do meteorologists get their information?

A hydrostatic forecast model that is produced by the National Centers for Environmental Prediction (NCEP).

The total model is composed of four separate models – an atmosphere model, an ocean model, a land/soil model, and a sea ice model – which work together to provide an accurate picture of weather conditions. It is produced four times a day.

Hydrostatic forecast models use pressure as vertical coordinates and makes general approximations about topography. In places where topography has a greater impact on the overall forecast, this doesn’t perform well.

A nonhydrostatic forecast model that is produced twice each day for Member States.

Located in the U.K., it is produced with a much more advanced computer, which is why it’s the only nonhydrostatic model used for operation meteorology in the world.

Nonhydrostatic forecast models use altitude and more accurately accounts for topographic effects on the weather systems.


How are these forecasting models used?

For television meteorologists, forecasting models are used solely for human impact and public awareness. Can you expect high winds? Flooding? Severe storms? Are you prepared for the blizzard that could cripple your city over the next few days? Might school be closed tomorrow? But energy meteorologists use forecasts to determine how the weather might impact the demand and prices for particular energy commodities, like coal or natural gas. By focusing on temperature, humidity, and other weather variables.


How does weather impact energy pricing? 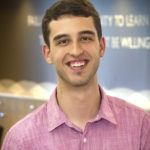 Overall, weather is a huge driver in the amount of energy we use on a day-to-day basis,” said Brent Rice, IGS Energy’s meteorologist. “In order to predict usage, we need a thorough understanding of the upcoming forecast and how that’s going to shape the future demand and markets.” Energy meteorologists pay special attention to summer and winter weather patterns, because most people are consistently heating their homes in winter and cooling their homes in summer.“


Why does IGS Energy have a meteorologist on staff?

Because weather changes by the minute, Brent works closely with members of the IGS team who are involved in the purchasing of natural gas and electricity. Weather models, whether the meteorologist believes in them or not, are watched closely by those across the energy market who are buying and trading commodities. So, it’s important for energy companies to know what the meteorologist anticipates, but also what the weather models are forecasting. Brent creates regular weather briefings for the company, and if there is a sudden shift in patterns, he makes sure to update his colleagues immediately. He works hard to create the most accurate seasonable forecasts giving our Supply, Product, and Sales teams additional insight that benefits our customers.

Learn more about choosing an energy rate for your business.