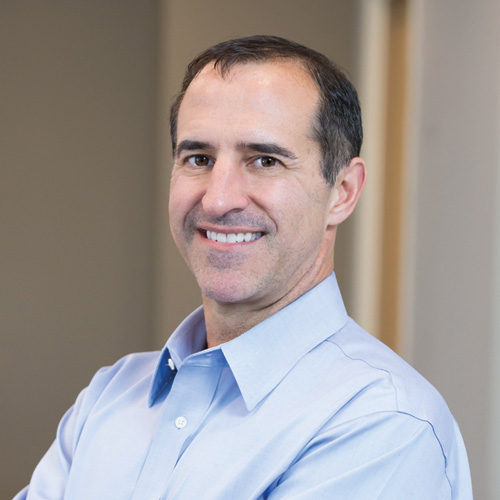 Scott founded IGS in 1989 with his dad, Marv, and his sister, Cathy. Under his leadership, IGS has grown from a three-person startup natural gas company, to a company with hundreds of employees who proudly serve more than one million residential and commercial customers throughout the country. As a visionary leader, Scott is focused on making sure IGS does the right thing and serving as a role model in the business community as a proud member of the Conscious Capitalism movement. He makes sure to bring along each member of his team in every endeavor, ensuring they’re invested in the decisions made at IGS.

Scott’s personal purpose is “to bring out the best in others and inspire them towards living meaningful and fulfilling lives.” It may be surprising for a company leader to say that what matters most is purpose over profits, but that’s been a guiding notion for Scott since the beginning. He has always felt that giving back to the community is an opportunity, not an obligation, which led to the development of IGS Impact. This philanthropic social impact program is an extension of the company’s purpose-driven culture.

Scott has received several accolades for his personal contributions to the energy industry and business community, such as:

When he’s not busy leading the IGS family of companies, Scott moves to the beat of his own drum. As an accomplished musician, he enjoys playing the drums as a member of the company’s all-employee 6100 Band (named after the corporate office’s address). He’s also active in the community, particularly inspired by causes that encourage people to grow and become self-sufficient, such as Junior Achievement. A proud Bobcat, Scott graduated from Ohio University with a bachelor’s degree in Finance and Marketing.