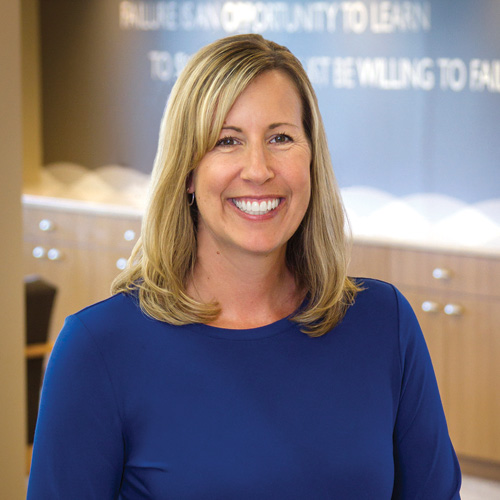 When Jenni joined the IGS family of companies, the organization had 180 employees located at one office in Dublin, Ohio. There has since been tremendous growth, supported by Jenni’s philosophy that a strong correlation between culture and brand creates positive employee engagement and exceptional customer experiences. In fact, employee engagement numbers hover close to 95% today. She has been a driving force with respect to strategic planning of talent strategies and programs for the company. Without question, she’s very in tune with people, which is why it isn’t surprising that at a young age, she wanted to be a drummer in a rock band! Instead, she’s now widely recognized as the Chief People Rock Star of IGS.

Jenni holds a bachelor’s degree in communications from The Ohio State University and an MBA from the University of Phoenix. She also is certified as a Senior Professional in Human Resources (SPHR). She was previously named a finalist by Columbus CEO magazine in the Executive of the Year category of the HR Excellence Awards.

When’s she not in the office, she’s a committed board member of The EHE Foundation, responsible for fundraising efforts to support rare cancer research. Jenni’s an avid supporter of Pelotonia, a cycling fundraiser for cancer research at James Cancer Hospital and Solove Research Institute. Jenni also enjoys being outdoors with her family, spending time camping, swimming, and hiking. She says these are the times she feels completely connected to what matters most.